First came hybrids and now electric vehicles (EV) have been trending over the last few years; electric transport has taken plenty of forms - from almost toy-like monowheels all the way to electric trucks. Along with eco-friendly transport, people have become interested in two-wheelers like electric bicycles and scooters for adults. The reasons for such change will become obvious when you imagine a modern megapolis and it’s common problems: overcrowding, traffic jams and a lack of parking spots. Electric cars are one of the ways to solving air pollution problems, but hardly helpful for decreasing traffic jams. Besides, they don't seem very efficient for short trips. E-vehicles like e-bikes and electro scooters can become a smart and practical solution. 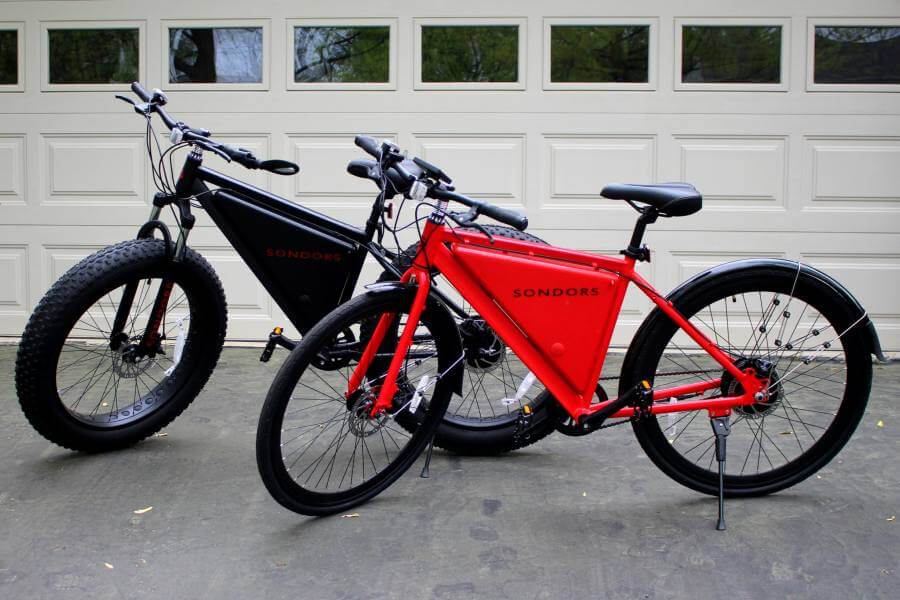 What does the future hold for electric two-wheelers?

In 2013, there were only 31,338 electric scooter sales outside the Asia-Pacific region including Europe. The US market was comparatively small, with an estimated 2,000 sold in 2012. But, with the appearance of popular electric cars like Tesla, the other formats of EVs were boosted as well. North American electric scooters and motorcycles market was valued at $202.5 million two years ago and is predicted to reach almost $800 million by 2025. The statistic from the most popular encyclopedia in the world - Wikipedia - shows that for the last three years, the number of visits to the article devoted to this topic almost doubled. Furthermore, according to the diagram, this growth will continue. Google Trend also shows the stable growth of interest - an official facility analyzing how often a particular query is searched comparing to the total volume, and by that detecting the trends.

Along with the new trend of electric two-wheelers appeared new startups, with the most fast-growing among them being share programs for electric scooters. The system is very similar to carsharing: the user leaves their electric vehicle after usage (though such format had already caused disapproval of some city authorities) and then someone else can unlock it and use it. Chinese Mobike, American Lime, Bird and many other companies rapidly spread around the world, becoming the new “Uber” for electric scooters and e-bikes. Actually, Lime has already teamed up with Uber and raised $335 million in the investment round. So, if you hadn’t seen any of these cute scooters in your city yet, then it’s probably your chance of occupying the hot place on the growing market before it’s too late! Though you should also keep an eye on changes in legislation caused with misuse of share programs.

Local legislation turned out to be a big issue for many share programs. In San Francisco, the Municipal Transportation Agency is currently reviewing permit applications from 12 electric scooter services — including ones from Lyft, Uber, and Razor — looking to operate in the city. The permit process came as a result of Bird, Lime and Spin deploying their electric scooters without permission in the city in March. Fast forward to today and electric scooters are nowhere to be found on the streets of San Francisco.

In addition to the restriction that is connected to places where scooters can be parked, some other issues should be considered when you want to ride two-wheeled electric transport. Here are some of the most frequent questions you probably would ask:

Laws regulating motor and electric vehicles are different in every country. According to American laws, an electric bike with a maximum assisted speed under 20 miles per hour is still considered a bicycle. However, the state of New York obligates riders to register such vehicles as well.

Do you need a license to drive an electric scooter?

Can you ride an electric bike on the sidewalk?

As long as an electric assisted bike meets those requirements, it can be ridden anywhere that a regular bicycle can ride, but the sidewalk is still for pedestrians only (though that is not an obstacle for bicycle owners). Usually you have to be at least 16 years old to be able to ride it.

The Best Electric Scooters of 2018

Are E-scooters and E-bikes the best mode of urban transport?

Electro scooters, electric-assisted bikes, and other two-wheeler EVs can be called the perfect transport for small and big cities, but only under certain conditions. First of all, such vehicles are better to use within several short distances. The quicker the trip, the more efficient to use EVs. Secondly, some local authorities implement strict restrictions for two-wheeled electric transport: maximum speed, available places for driving, for parking, and so on. And finally, the infrastructure for EVs is still in development, but that is just the matter of time, so it could be your chance for developing a new business focused on providing some services for such transport. All in all, EVs have their limits, but the benefits still prevail and here is your chance to start your partnership with Treatstock!