What is metal 3D printing?

When one considers additive manufacturing for industrial and business applications, 3D printing with metal is the first thing that comes to mind. Metal 3D printing is one of the most heavily invested and fastest growing technologies in the manufacturing industry. Nowadays, not only is it used together with other manufacturing technologies but is capable of producing prototypes and finished products all by itself. In some instances, 3D printed objects in metal come out just as good as machined parts. It’s mainly used in prototyping, aerospace, mechanical engineering, specific tools and more. Here you’ll find the answers to the most important questions about all aspects of 3D printing with metal, including the main technologies, advantages/limits and many others. 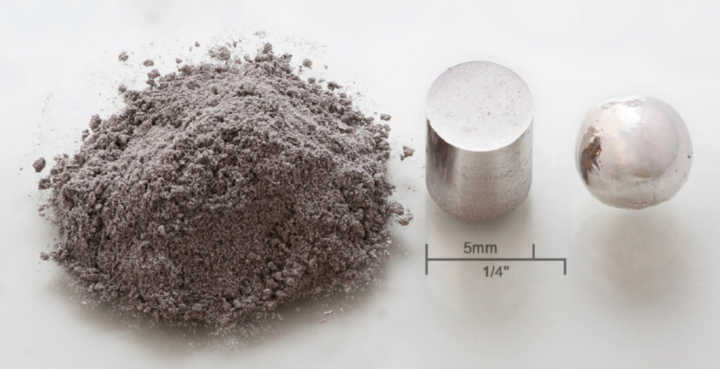 What is metal 3D printing?

3D printing with metal is an umbrella term for several families of technologies. Simply stated, any technology that creates metal objects layer by layer with sintering, melting and welding could be called metal 3D printing. However, this definition is not a complete one, but let’s skip the unnecessary technical details and consider the main advantages and disadvantages of 3D printing with metal.

Most people believe that CNC machining is capable of almost any kind of work. But the truth is that this “almost” sometimes turns into a part with such a high complexity that it’s necessary to produce a new tool, for instance. That’s the main advantage of metal 3D printing – it’s almost boundless when one considers manufacturing objects with a complex shape. Other advantages of 3D printing with metal include:

To sum it up, 3D printing is highly recommended for intricate parts where other types of technology are inefficient or difficult to use.

3D printing is not without its faults too. First of all, it’s not as fast and affordable for regular parts in comparison with traditional methods of manufacturing. So, large-scale production is still not a viable option. Other limits of 3d printing with metal include:

As can be seen, the limits are self-evident when one compares 3D printing regular metal parts with those made using CNC machining and other manufacturing technologies. In all other cases, additive manufacturing is the real deal.

What is DMLS and what is it used for?

DMLS or Direct Metal Laser Sintering is the most popular method of 3D printing in metal. It uses a laser for sintering metal powder, layer by layer, and forming an object. During the process, stainless steel reaches a temperature of almost 3000 °F. However, the metal is not melted. Among the materials available are a wide variety of metal alloys, including maraging steel, aluminum AlSi10Mg, cobalt chromium, Inconel 625 and titanium Ti6Al4V.

DMLS process is applied to prototyping and manufacturing finished mechanical parts. It can be used for making parts with cavities, undercuts and draft angles. Among them are medical devices and instruments, functional prototypes and tools.

What is SLM and what is it used for?

SLM or Selective Laser Melting, as its title suggests, melts the material. 3D printing happens in an inert gas environment. Thanks to that, a 3D print has parameters close to the one that was produced with casting. SLM is mainly used for manufacturing parts from titanium and aluminum.

Objects that were manufactured with SLM technology are quite durable and can be used for mechanical parts such as gears and propellers. Medical, automotive and aerospace industries often use SLM to manufacture their parts.

What is EBM and what is it used for?

EBM or Electron Beam Melting is similar to SLM, but instead of a laser an electron beam is used. This technology is considered to be faster and more precise than laser-based printing, but the difference is not so significant. The 3D print is usually stronger in comparison with other methods of printing. This technology is used mainly for manufacturing objects from titanium and cobalt.

Aircraft, parts for space missiles, components of engines and much more.

There are also several types of 3D printing that could be used for manufacturing. They are not as popular as DMLS, SLM, and EBM, but they have their niches as well.

Selective laser sintering (SLS) is very similar to DMLS; it also uses a laser for sintering a powder material. It had been used for manufacturing a wide range of materials, including metal, but nowadays this technology is mainly associated with sintering plastic, partially nylon and polyamide. Thus, the sintering temperature that is used in SLS printers is usually less than 400 °F.

Binder Jetting as its name implies binds powder material with a special liquid. To make the object more solid, it can be cured with hot isostatic pressing. The 3D print becomes much stronger, but at the same time, the cost also goes up. Binder Jetting is usually used for manufacturing complex and large-scale prototypes. This technology is several times cheaper than DMLS/SLM/EBM. Nevertheless, accuracy and strength are not perfect, and for the best result, additional post-processing is required.

LMD or Laser Metal Deposition is technology that can be compared to fused deposition modeling, but instead of extruding melted plastic, heated metal is deposited layer by layer and materializing the object. In other words, a melt pool is formed on a metallic substrate. The speed of manufacturing is significantly higher in comparison to other methods, and different materials can be applied for producing the object, including steel alloys. LMD is used in aerospace, automotive and medical industries.

Metal parts that were manufactured with 3D printing methods like DMLS, SLM, and EBM are considered to have almost the same strength as regular metal parts. However, there is many features that limit the usage of metal 3D printing, and that’s why it’s better to keep it for exceptional cases where other methods are not as effective. Keeping in mind the relatively high price for 3D printing machines and their powdered materials, the easiest and perhaps the most efficient way is to order 3D prints on manufacturing platforms like Treatstock. We have personal managers on hand to offer free consultation and help answer any questions you may have. 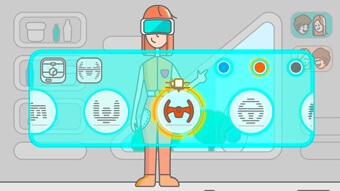 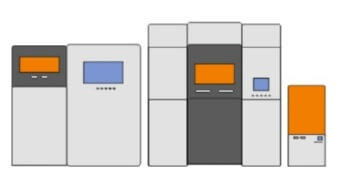